Sir John Dalber-Acton, the British historian and moralist, said that power tends to corrupt, and absolute power corrupts absolutely. He expressed this opinion in a letter to Anglican Bishop Mandell Creighton in 1887, commenting on the exercise of authority and influence of those in power on the people they are entrusted to protect. The founders of the United States understood this concept and enshrined in the Constitution the ideal that authority without transparency would undermine and erode public trust and confidence in the fledgling republic. That role has been delegated to a free press practiced by journalists who have taken on the responsibility to inform the public of the actions of government and how it impacts the rights and freedoms guaranteed by a true democracy. This important function has held those in power to accountability, exposing corruption and greed, and has become the envy of emerging democracies around the world. Here are some examples:

When a burglary at the headquarters of the Democratic National Committee in the Watergate office complex in Washington, D.C., was reported in 1972, few could have predicted it would result in the resignation of President Richard Nixon two years later. But the reporting of a single crime led journalists to uncover a trail of abuses by members of the Nixon administration that eventually resulted in the indictment of 69 people and the beginnings of an impeachment process and Nixon’s resignation in August of 1974. The name “Watergate” and the suffix “-gate” have since become synonymous with political and non-political scandals in the United States and other parts of the world.

This political scandal uncovered by journalists referred to the sale of arms to Iran, which was subject to an arms embargo, during the second term of the administration of President Ronald Reagan in 1985. The profits were intended to fund the insurgent Contra’s war to undermine the government of Nicaragua. The exposure of the affair resulted in the indictment of 14 administration officials, including the secretary of defense. While an investigation resulted in convictions, some were vacated on appeal and others were pardoned by Reagan’s successor, President George H.W. Bush, who had been Reagan’s vice president during the affair.

The long-term, widespread sexual abuses of minors at the hands of Catholic priests came into focus in the United States when the Boston Globe’s investigative journalists began uncovering cases in Boston that drew attention around the world. The Pulitzer Prize-winning coverage prompted significant review of the practices by the church, law enforcement and government agencies and was the subject of the Academy Award-winning movie, “Spotlight.”

The #metoo movement targeted sexual harassment and assault that went viral in 2017. It resulted in widespread allegations against movie producer Harvey Weinstein and others in entertainment. The so-called “Weinstein effect” encouraged the reporting of abuses by all men in positions of power.

Most forcefully, the movement gained widespread media exposure through reporting by The New Yorker magazine on Weinstein’s alleged abuses, also detailed by The New York Times. Both organizations shared a 2018 Pulitzer Prize for Public Service for their coverage.

Journalism and a free press, often called “The Fourth Estate” for its function as a watchdog of the executive, legislative and judicial branches of government, is fundamental to democracy as signified by its prominent place in The Bill of Rights.

As journalistic practices evolved since the nation’s founding, a code of ethics and credibility have been defined by impartiality, independence from commercial and political interests, and its responsibility to the public. These functions have largely been successfully self-regulated. While the press has sometimes failed in its mission, that has been the exception rather than the rule.

One need not look back long to imagine how democracy might crumble were it not for journalists exposing corruption, deceit and coverups in government and business. The Watergate scandal may be the most famous among these examples, but serious journalism plays an important role at every level of society from local and state government to the halls of power in Washington, D.C.

At no time in history has the reporting of credible, reliable information been more important than now. Since the turn of the century, respected news organizations in the smallest towns to the largest cities have been decimated by the loss of advertising brought on by the internet. During this same period, as newspapers made the transition to digital platforms, the rise of social media and broadcast programs representing political views masquerading as news have confused the American public and brought constant scrutiny upon the motivations and bias of long-respected news organizations.

What Thomas Jefferson wrote in 1786 still holds true today: “Our liberty depends on the freedom of the press, and that cannot be limited without being lost.”

Help Us to Support Investigative Journalism

Investigative Journalism takes time and work, which is money. If you crave quality journalism and think that what we do here at NYC Media Training is of value and importance, support us with a donation.

We welcome opinions on every topic under the New York skyline. Share your views and opinions with us. 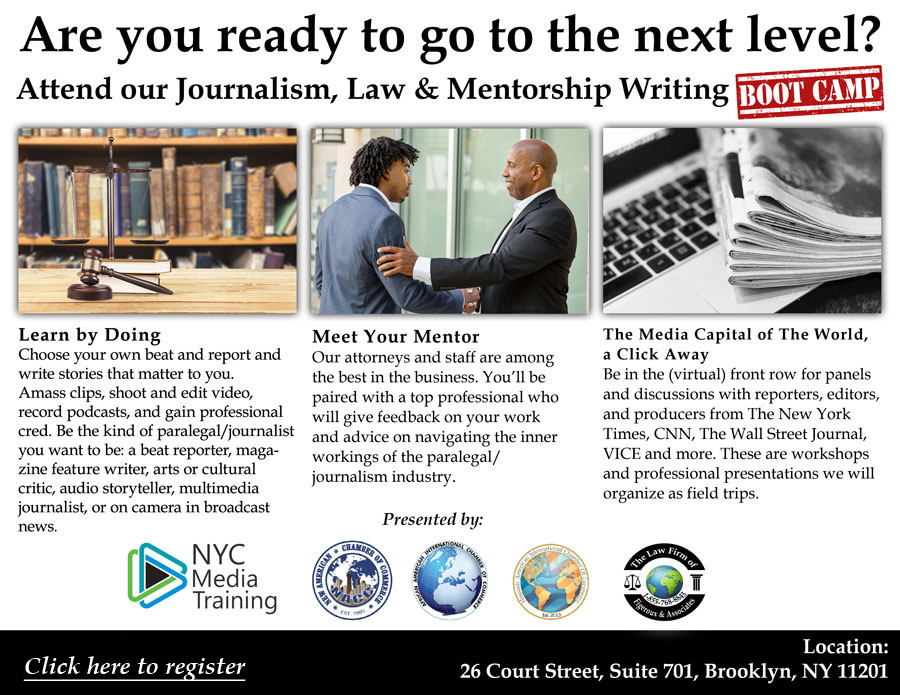 If you would like to schedule an appointment to become a radio host, journalist or start a podcast for your business or any of our other training programs, please fill out the form below. Appointments are available from Mondays – Fridays from 10am – 4pm. 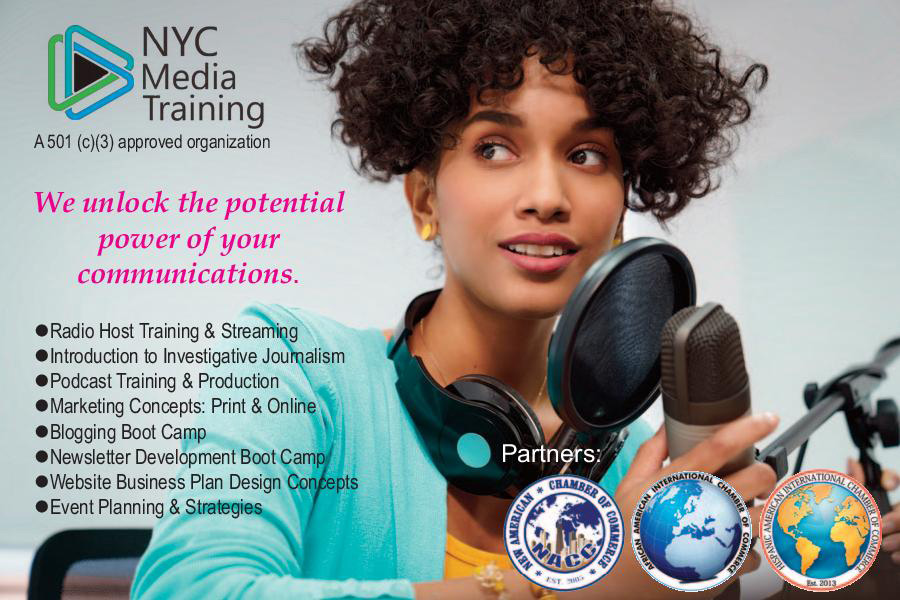